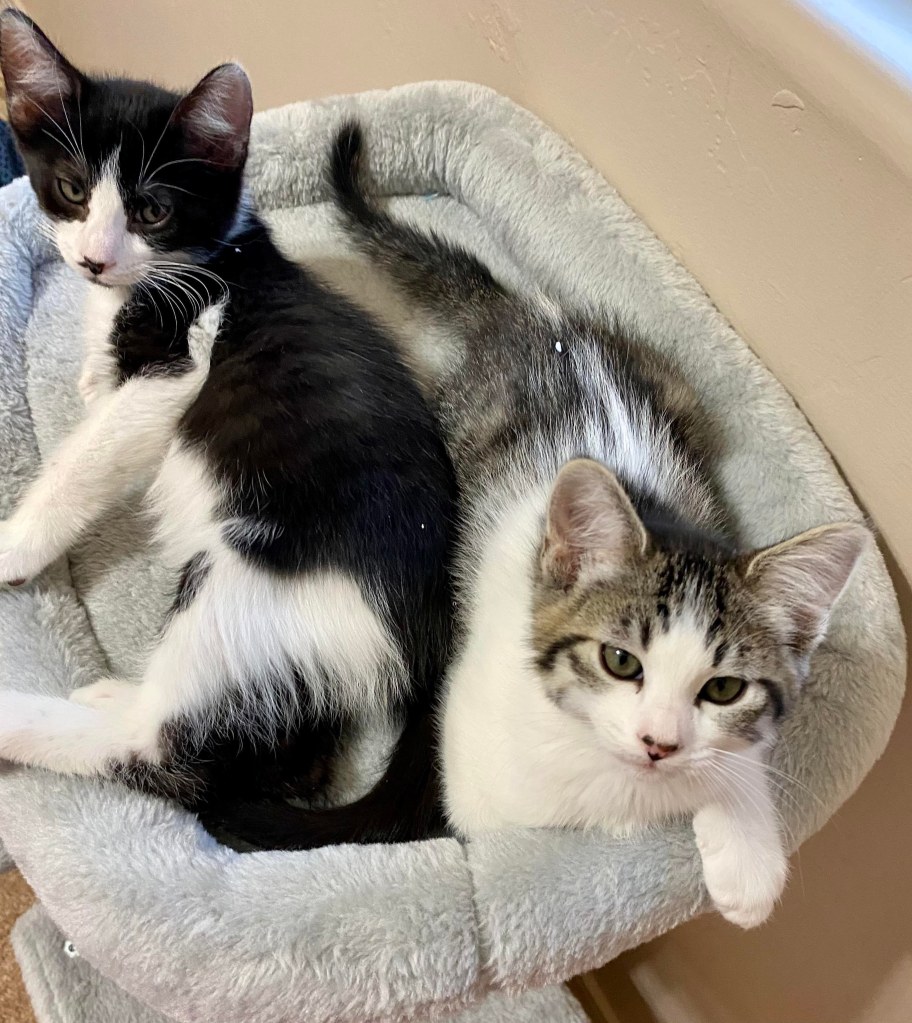 In 2016, I made a post about my brother’s cat Kora. I wanted to adopt Kora, but couldn’t do that due to personal issues.

So, long story short, in 2022, I have been able to buy my first single-family home, and ever since then, I have been on the hunt to adopt some pets, especially cats. I think I vaguely plan to be 4-5 cats and 1-2 dogs, mamma! I know I am crazy.

But for now, I have been able to adopt two beautiful kittens. They are a little over two months old at the time of writing this post, and their names are Denali and Olympus, respectively.

Denali is a Tabby/short hair mix female kitten, and Olympus is a Tuxedo/Shorthair mix male kitten.

When I first walked into the kitten room of that particular pet shelter, I saw Denali lying on her back in a cat tree. She was so small and cute, and her face was so beautiful and perfect. I started petting her, and she started sucking my thumb. And I saw my handsome boy Olympus playing along with other kittens and ultimately owning it like a tuxedo cat always does. I filled in applications for them and came later that week to pick them up after their vet visits.

On the first day, they napped in an Amazon box with a blanket and curled up in my bed at night. Later, when their cat tree arrived, they exclusively started sleeping there and forgot about their mom. Denali was initially picky about food, but I bought some fancy water and a food dispenser for them, and now she eats happily.

It’s been two weeks, and they are growing so fast. Hopefully, we will have more playmates for them. I have been told to keep my cats indoors. But making a catio or placing a cat house in my backyard peeps in my mind.

Do let me know what you guys think. But for now, enjoy some video clips and more pictures of these two little cutie pies.